Earlier the deduction allowed for the contribution to NPS was limited to Rs. 1 lac. However, with the view to encourage people to contribute towards NPS, the maximum amount allowed to be invested in NPS has been increased from Rs. 1 lac to Rs. 5 lac. From this article, you can get Overview of National Pension Scheme (NPS), Details of Section 80CCD like Sections 80CCD(1), 80CCD(2). 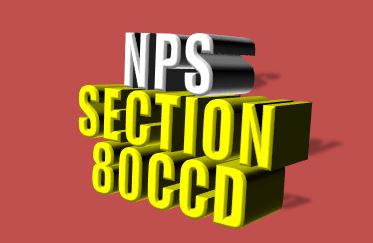 National Pension Scheme is a government approved pension scheme for Indian citizens in the 18-60 age group.NPS is India’s answer to the US’ retirement scheme-401(K).

The Section 80CCD provides tax deductions to income tax assessees who have made contributions to the National Pension Scheme (NPS) as well as on contributions made by an employer for the same reason. There are two parts of this section namely:

Section 80CCD (1): This section deals with providing tax deductions to all assessees whether employed by the government, any other employers or self-employed individuals. The deduction is limited to a maximum of 10% of salary (basic + dearness allowance only) in case of salaried employees and 10% of gross income in case of self-employed taxpayers. The deduction limit cannot exceed Rs.1 lakh in a fiscal year.

I hope you are satiesfied with the information. Stay tuned with us for more updates and keep browsing our site.