We will try to update toppers list from various sources from internet here. Keep checking CAcracker for more updates.

From June 2016 CPT exam, ICAI will not declare the list of CPT toppers. So, if you are searching for CPT June 2016 toppers, then you won’t get it on any place.

Meka Naresh Kumar from Hyderabad got the first rank in all over India with 192 marks, many congratulations to him and rest two toppers too. 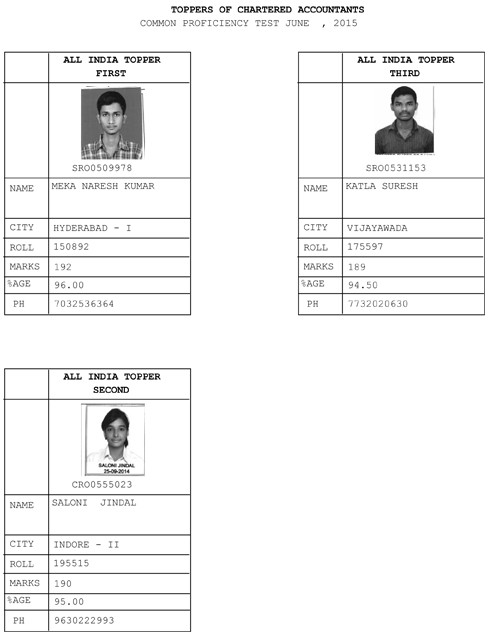 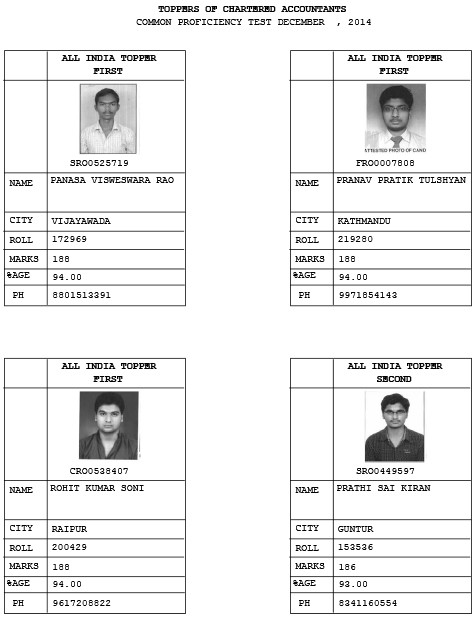 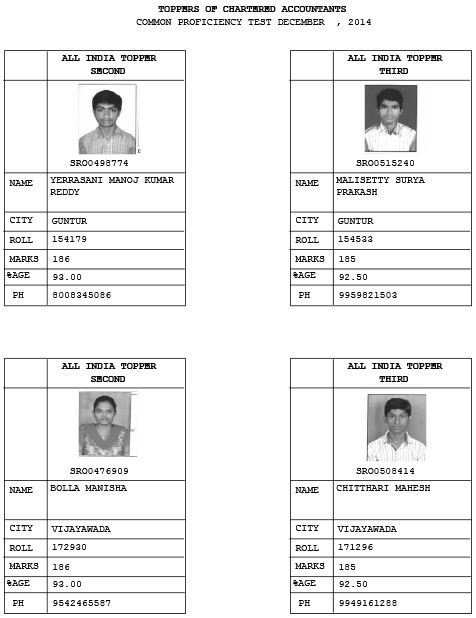 Its expected to be declared in the evening of 19th Jan 2015.

ICAI has declared the CPT toppers after the declaration of result. Borra Murali Mohan was the top 1 with marks of 197 out of 200, he’s from Guntur.

All India 2nd topper is from Bhopal named Palash Maheshwari who scored 196 marks and Honey Batra from Nagpur was also at on the 2nd place with the same marks. Charla Aasutosh Sai from Vijaywada was able to be at the third place in the list of CPT Toppers June 2014. 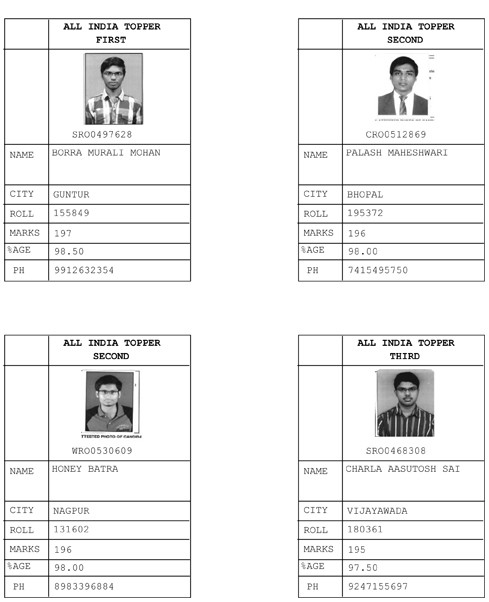 In above photo, ICAI has also declared CPT Toppers mobile numbers along with their resident city, registration number, photos etc.

Stay tuned with us for more updates of CPT Toppers June 2014.

If you want to check the earlier toppers of CPT exams, then scroll down to check the archive page of CAcracker for CPT toppers.

After the declaration of CPT result, I have updated CPT top 3 rank holders details here.

Thogata Mahesh Babu was the first rank holder of CPT December 2013 attempt. All other details are given below. 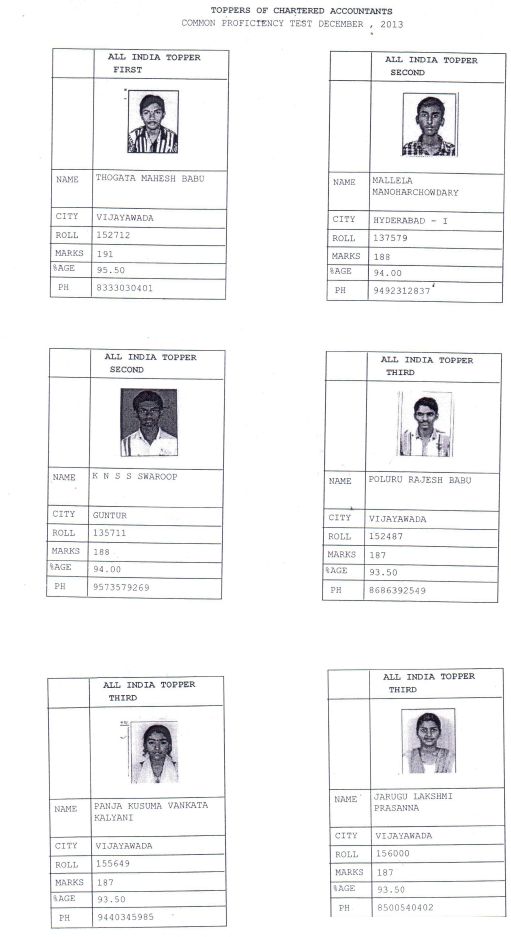 Topper s interviews when available in future will be updated on CACracker !!!

Si, stay tuned with CAcracker for the updates !!!

Kandukuri Sharath has got 1st rank in CPT June 2013, he has obtained 194 marks in the CPT exam. Narra Venkata Siva Sai Ravi Teja has got 2nd rank and Sripada Sriram, Eranti Sravya, Yella Abhilash Reddy has got 3rd Rank in CPT June 2013. Many congrats to him !!! 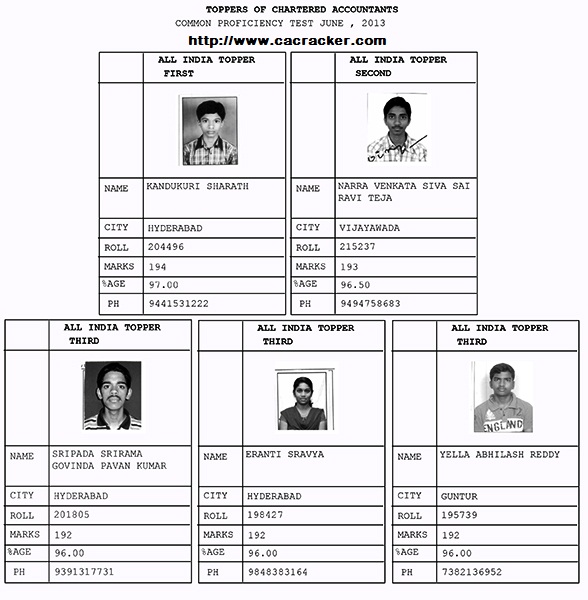 Now share this photo with your friends from below links:

Check this too: CA Toppers Interview

Share this article of “CA CPT Toppers Dec 2017, Rankers Interviews, Marksheet, Photos”, with your friends, if you think they’ll find this info useful.